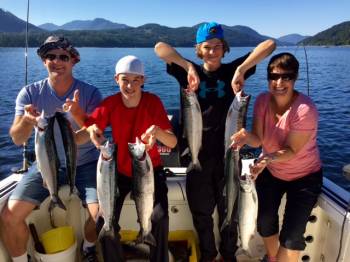 The Sport Sockeye Fishery in the Alberni Inlet CONTINUES to be absolutely incredible.  To date this has been one of the best, if not the best Sockeye Sport season in many years.   Due to very low and warm water in the Somass River, the Alberni Inlet, and the warm air temperatures the Sockeye salmon which are returning in an abundant number are schooling in very large numbers out in the Inlet water.  We have had some rain and cooler temperatures in the area which has led to some migration through the salmon ladders.  Almost one hundred thousand Sockeye have migrated through the system.   The Sockeye are schooling from Cous Creek out to the Nahmint Franklin area.   The projected outlook for Sockeye returns to the Somass River has been upgraded to 1.3 million.   The Sockeye migrate into the Somass River and then into Sproat and Great Central Lake.  Projected migration into the lakes with a 1.3 million return should be close to four hundred thousand with the updated forecast return.   With much of Vancouver Island in drought like conditions it is hoped that some more moisture will arrive to help the migration of all west coast Vancouver Island Salmon returning to the Somass River System. 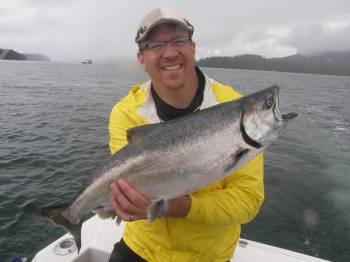 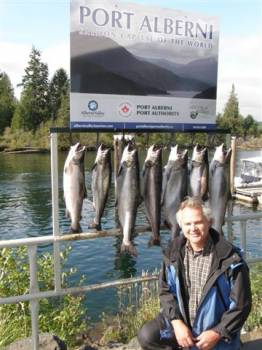