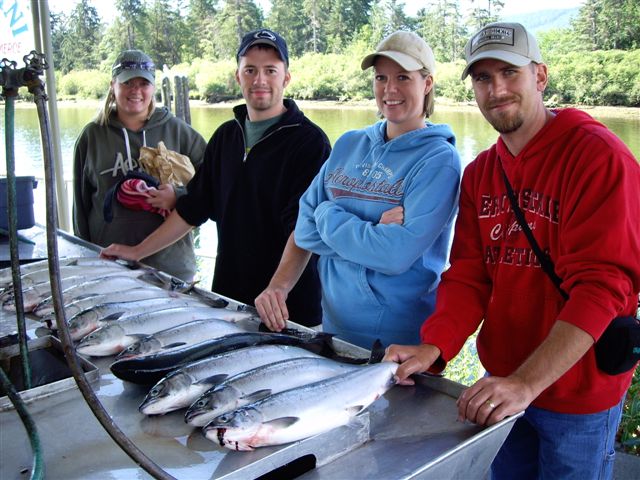 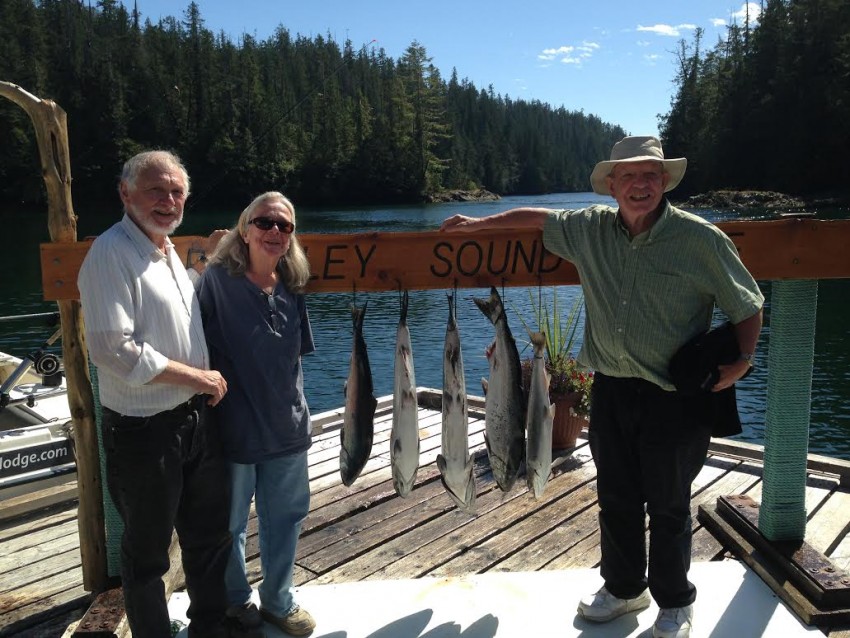 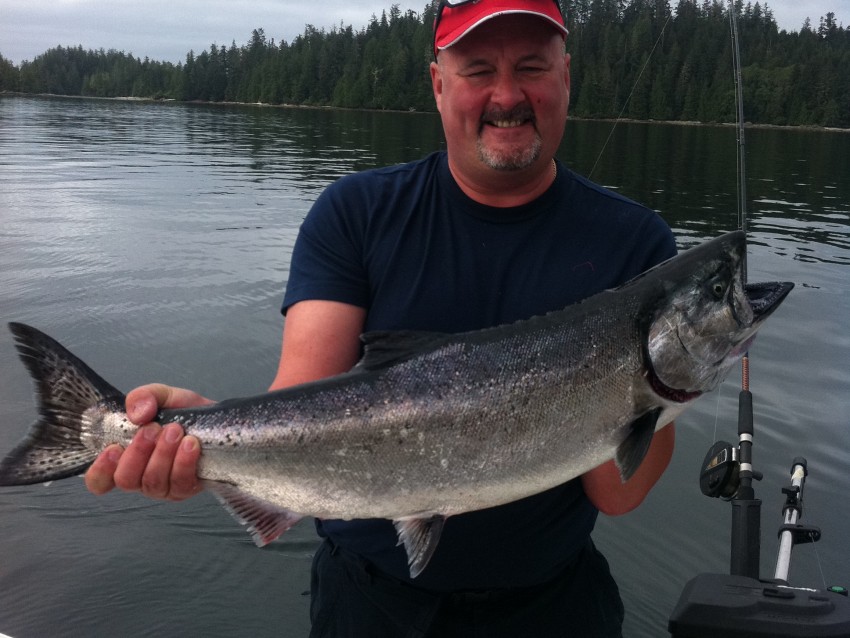 Sockeye are the bright red fish (salmon) that so many tourists travel to see in the various rivers, streams, and creeks in British Columbia to watch them in nature to spawn.
Sockeye Sportfishing has become very lucrative in the Alberni Valley over the past 20 years. Today sockeye salmon support one of the most important commercial fisheries on the Pacific Coast and is increasingly sought by recreational fisheries.

Once only thought of as a prime commercial salmon, sockeye have become a very popular sport fish. Each year large runs of sockeye swim into the waters of Barkley Sound and make their way into the Port Alberni Inlet and then into the Somass-Stamp River system. From the river the Sockeye enter either Sproat or Great Central Lake.The sockeye also known as “Reds” then enter various small rivers, streams and creek tributaries where they turn a marvelous red color with their life ending after their spawn. The Port Alberni area has years when sockeye returns are over one million making the sockeye fishery beneficial for sport and commercial fishermen.

The life cycle of the sockeye is usually four years. Maturing sockeye return to their fresh water or natural spawning grounds as four year olds with their brood stock which hatched four years earlier. It is not unusual for some to return when only three or as much as five years old. Sockeye spend their lives thousands of miles away in ocean feeding areas. Sockeye always return in the summer months and usually enter their spawning grounds in October. On her return to a stream gravel bed the female digs a nest with her tail and deposits her eggs. As she does this one or even sometimes two males swim beside her and fertilize the eggs. The female then covers the eggs with gravel. From two to five thousand eggs are usually fertilized. The eggs mature in two months and when hatched become known as alevas. The alevas may stay in the river or stream for a short period but migrate to a nearby lake in early spring. They reside in lake systems for one and maybe even two years before migrating to the ocean. Sockeye reside in fresh water longer than any other salmon. It has been discovered that sockeye born in systems with very large lakes may stay in the lake as a juvenile from one to three years before migrating to the ocean as smolts.

When mature and returning to their natural spawning beds, sockeye can weigh from five to ten pounds. Their average weight is six to eight pounds. Returns and the size of these salmon can differ every four years depending on ocean conditions. Sockeye have large penetrating eyes, forest green backs, and bright silver bellies. The gums are white or pale and they do not have teeth. While feeding in the ocean they feed on plankton which gives their flesh the beautiful bright red or orange color.

Sockeye return to the Port Alberni area in different runs. Sometimes they seem to travel as Sproat Lake and Great Central Lake fish. Most sport and commercial fishermen believe that there is a size difference in the two lakes with Great Central Lake fish being larger. The first run of sockeye enter the Somass-Stamp river system in mid to late April or early May. Sockeye sense the cool and higher water of the river and early in the year travel in the top 20 feet of water when they reach the waters of the Port Alberni Inlet. By mid June the water of the river often gets very close to 18 degrees Celsius. The inlet surface water also increases. The increase in water temperature usually slows the sockeye down and they begin to school in large numbers in the inlet, usually within the first ten miles from the river mouth. When these salmon begin to school in large numbers anglers have a wonderful time trolling hook and line for these fish. The most popular areas in the Port Alberni Inlet for the sockeye to be found are Lone Tree Point, Cous Creek, China Creek, The slide, the narrows, and the Nahmint Ten Mile Point areas.
It is not uncommon for the Sport Fisherman to limit out each morning or evening for these wonderful tasting salmon, which are wonderful on the barbecue.

Sockeye are best caught on a slow troll with a hotspot flasher in green, red, or plaid with a red, orange, pink, pink and blue (hippie hootchie) mini-plankton hootchie. Leader length can vary in accordance to speed but 22 to 30 inches of leader line seems to be ample. Sockeye are attracted to color. Sport fishermen will often tag two or three dumbie flashers to their downriggers meaning at least six or seven flashers are often behind the average sport boat. Those fishermen that like an extra edge use a black-box which adjusts electrical current around the boat and usually have it set between .70 and .75.

Some of the local anglers in Alberni have turned away from popular hootchies and are fishing with some very common coyote spoons. Some of these spoons are army truck, halloween, watermelon, and nasty boy. Some anglers troll these spoons behind flashers while others tag flashers to their downriggers and fly a spoon off their rod seven or eight feet above the flasher.
Port Alberni is often called “The Salmon Capital of the World”. When the sockeye arrive and the fishing is fantastic guides are difficult to find as are campsites and hotels and local bed and breakfasts. China Creek Marina and Campground is often so busy that visitors have to be turned away and those wanting to launch boats are also turned away. The sockeye fishery is absolutely wonderful. It is fun for everyone in the family and a great sport fishery for children. This is not to say that it is not also wonderful for the most avid fisherman. When you see a boat in the inlet with anglers playing two, three, and even four fish, its amazing the havoc that these twisting, jumping, and thrashing salmon can create.
For a fun sport fishery travel to Port Alberni with the family and take in a day or two of sockeye fishing.